Doctor Bomber is a infinite platformer game I developed in a week as coursework for the 3D modelling and animation course.

The player goes down a randomly generated level, while the screen constantly moves downwards. The goal is to not end up off-screen and collect as many coins as possible to get a high score.

The player can move, jump and throw bombs to destroy blocks and create new paths to traverse.

The aim of the project was to implement block collisions, second-order dynamics, bounce behaviours and flick-book animations.

Given more time, I would have added some enemies to the game, as well as some power-ups and a health system. 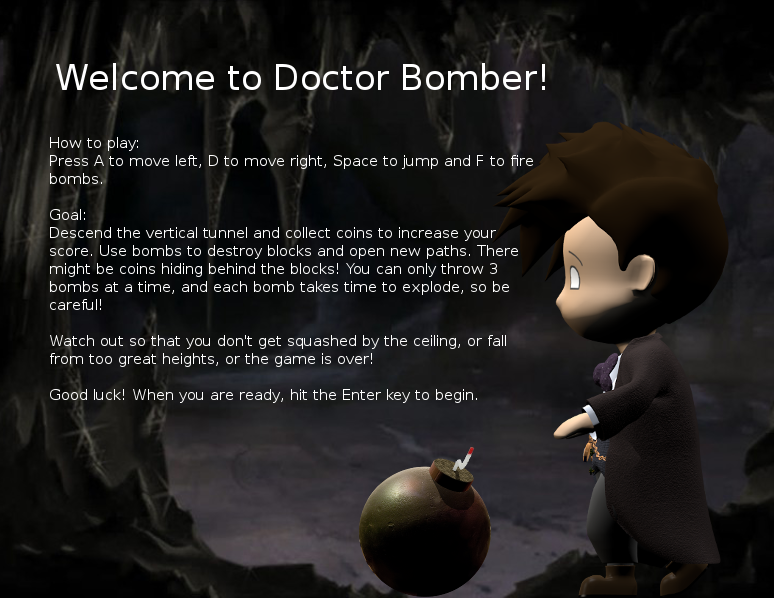 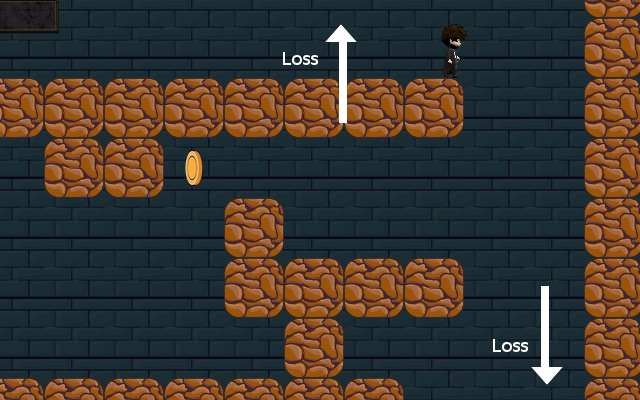